Home » Learning » Different Types of Energy Around Us 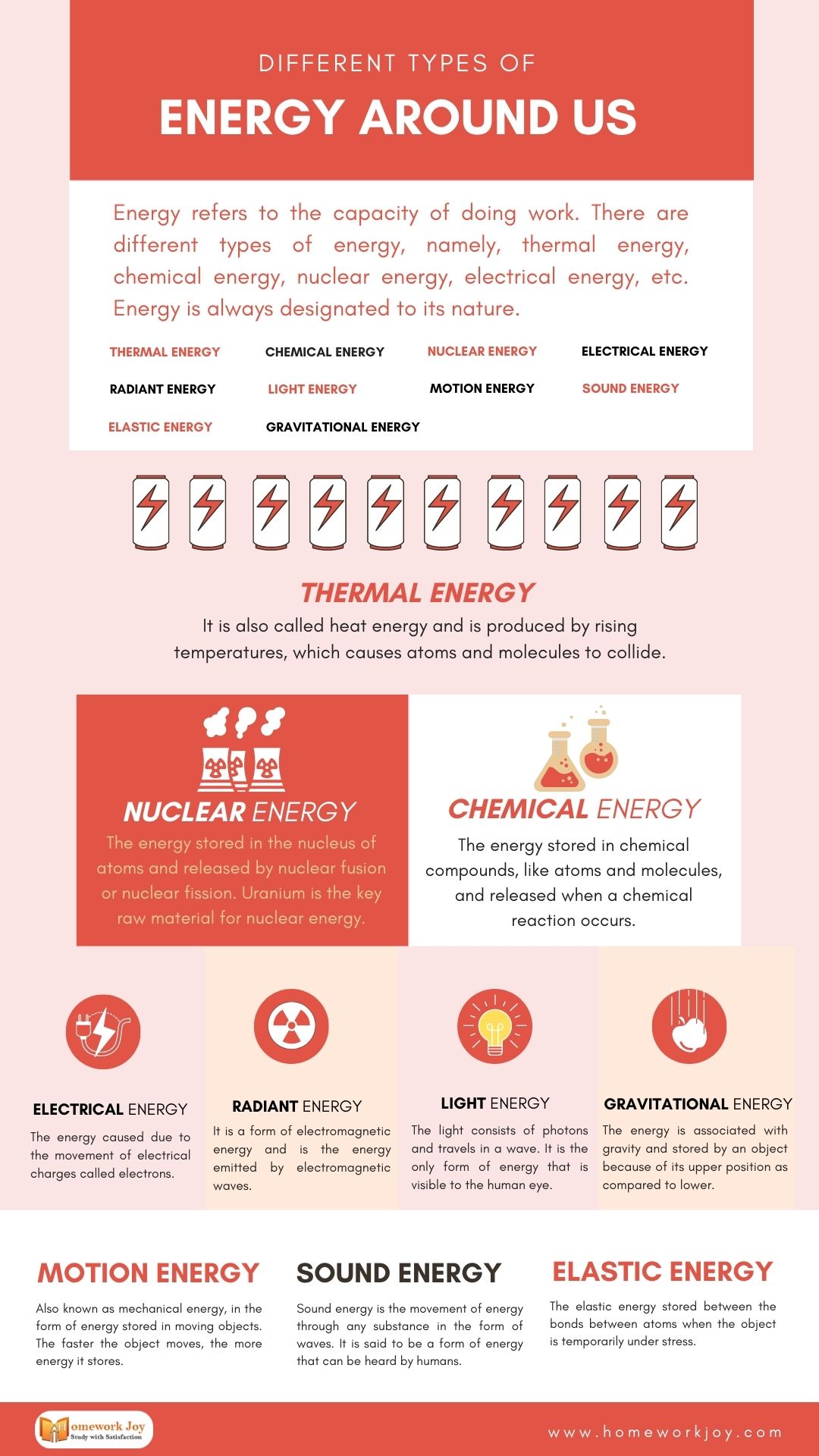 Energy refers to the capacity of doing work. There are different types of energy, namely, thermal energy, chemical energy, nuclear energy, electrical energy, etc. Energy is always designated to its nature. The motion is associated with all forms of energy. Energy can be neither created nor destroyed. It can only be changed from one way to another. This principle is known as the conservation of energy. The various types of energy are:

It is also called heat energy and is produced by rising temperatures, which causes atoms and molecules to collide. It leads to the energy of moving or vibrating molecules. For example, we use solar radiation for cooking.

The energy stored in the nucleus of atoms and released by nuclear fusion or nuclear fission. Uranium is the key raw material for nuclear energy.

The energy caused due to the movement of electrical charges called electrons. The faster they move, the more electricity they produce. It is one of the most common forms of energy. For example, lightening.

It is a form of electromagnetic energy and is the energy emitted by electromagnetic waves. The radiant energy can travel through space. The sun’s heat is transmitted through a vacuum.

The light consists of photons and travels in a wave. It is the only form of energy that is visible to the human eye.

Also known as mechanical energy, in the form of energy stored in moving objects. The faster the object moves, the more energy it stores. A sum of potential and kinetic energy is motion energy.

Sound energy is the movement of energy through any substance in the form of waves. It is said to be a form of energy that can be heard by humans. The medium acts as storage for potential and kinetic energy.

The elastic energy stored between the bonds between atoms when the object is temporarily under stress. It is the type of energy that occurs when an object is compressed or stretched.