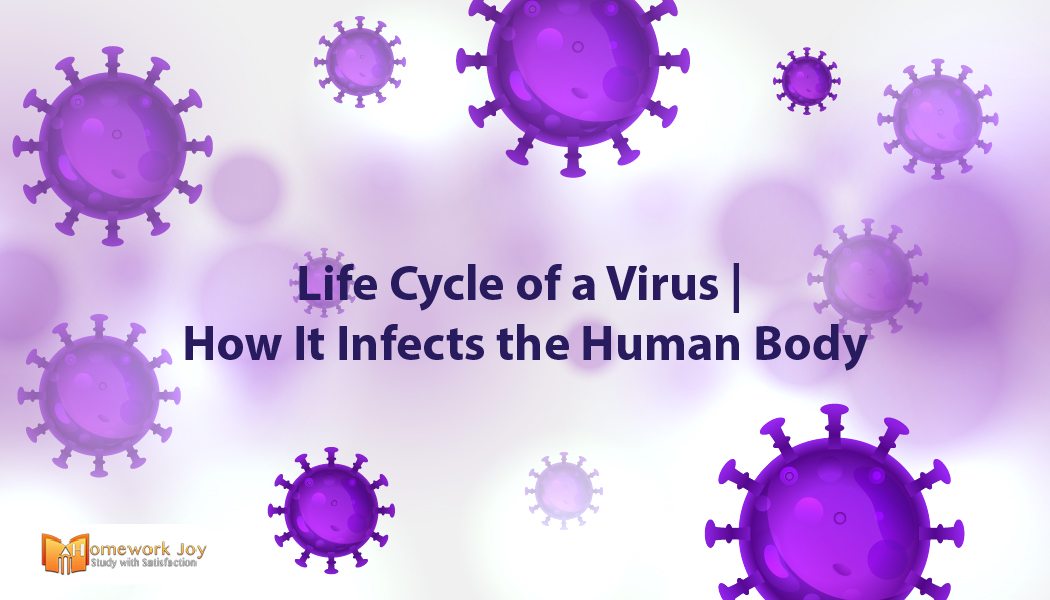 Viruses are microscopic parasites that require a host body to thrive and reproduce itself multifold. Since they increase in number within a host body, they tend to be contagious and spread across various channels, such as via the human body. To understand the pathway of a virus and how it grows within the host body, here is a life cycle of a virus that traces its development. The viruses are nono-particles of diameter 220nm. Despite being small in size, the virus comes with lethal consequences. To understand how a microscopic virus can cause heavy terror here’s more about the structure and process involved in the growth of a virus.

The Structure of a Virus

The viruses contain the key elements that make up their structure, including the nucleic acids, DNA, or RNA. The significance of a virus is until and unless it is within the closed network of the host body. Within the host site, they get the required materials to produce RNA from their DNA and build protein based on the encryption. The state of a virus when it attains the state of spread infection, it gets completely assembled for virion. To make out the difference between the two, the virion consists of the inner core of nucleic acid and the outer case of proteins called a capsid. The core of the virus contains DNA or RNA that could be single or double-stranded. Viral genomes are usually small in size that function replication within the host cell only.

The Life Cycle of a Virus – Prokaryote Hosts

The eukaryotic viruses tend to troll the death rate of the cell or to cause a chronic infection. The stages of the lifecycle of a virus include virulent phages and temperate phages. The former might cause the death of the cell through cell lysis, while the latter replicates its cell genome to form a new virus called the progeny virus. To help you understand the life cycle of a virus in great detail, here are the main cycles involved in it.

In this process, the virus takes over the cell, produces the new phages, and destroys the cell. There are five stages involved in undertaking these steps. 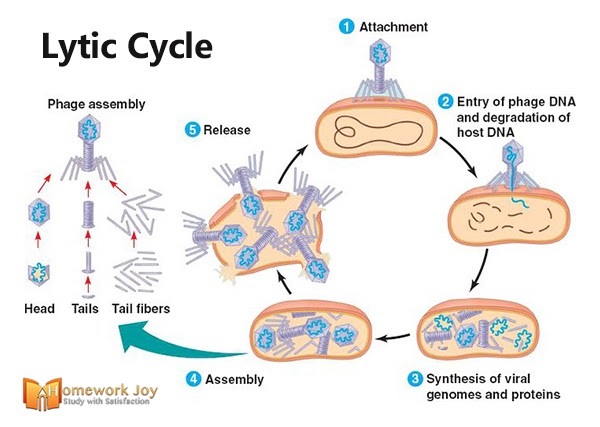 The phage reaches the host’s surface.

The viral DNA tends to enter the host cell, where it resides throughout.

Then, the phase DNA replicated and formed phage proteins.

The newly made phages break open from the cell lyses.

On reaching the inner layer of the lyses, the virus undergoes synthesis to degrade the bacterial chromosome. The life cycle fo a virus then turns out to follow up replication, transcription, and translation of the components. Then occurs the maturation phase wherein new virions have been created. To help the newly formed components to set free, the bacterial cell breaks upon with the help of lysozyme. The final process called lysis takes place that undertakes the bursting out of the host cell and the regeneration of the progeny virus to infect new cells

This stage of the life cycle of a virus follows up the attachment and penetration phenomenon. The main difference between the lysogenic and lytic phase is that instead of killing the hos, the phage genome integrates with the bacterial chromosome to become a part of it. The resultant integrate phage is known as a prophage, and the host body with a prophage is known as lysogen. This whole sequence of processes is lysogeny. During the process, the bacteria replicates its chromosomes, replicates the phages’ DNA, and passes it to the daughter cells during reproduction. This, in turn, alters the daughter cell traits.

In this phase of the virus life cycle, the transference of the bacterial DNA takes place from one bacterium to another during infection. Five main steps encapsulate the process of transduction, including: 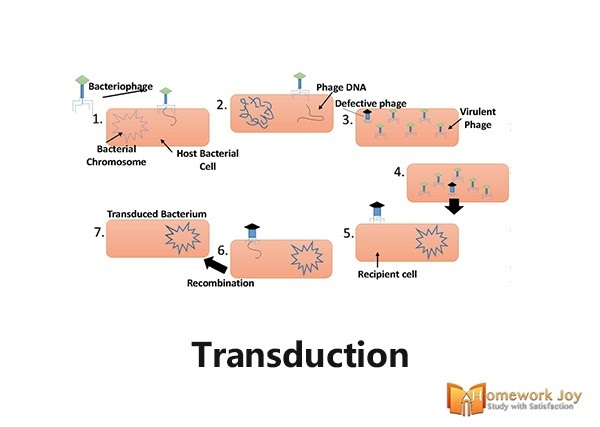 The phage infects a cell by transferring its bacterium chromosome.

In this phage, the DNA incorporates into the host genome

In this phage, a short piece of bacterial DNA is excised from the bacterial chromosome. The DNA then unshackles its present capsid and form new ones.

This phage contains both the viral and bacterial DNA, thus infecting a new host cell.

This phase DNA incorporates into the new cells along with the bacterial DNA.

The life cycle of a virus makes it a micro yet contagious entity to affect the host as well as fellow bodies. The first type of infection that the virus can cause is a persistent one. In this infection, few viruses remain in the tissues or organs of an infected person. The virus makes the silent killing in this case or causes long-term chronic infections. E.g., HIV or Hepatitis C virus

During their life cycle, some viruses remain hidden inside the cells and can cause acute infection before making it dormant. E.g., Chickenpox

If the body fails to eliminate the virus from the body, a newly born infection may affect the body, which in turn also gets persistent over a long time. E.g., AIDS

This was a complete overview of the life cycle of a virus and how it finds shelter in the host body and eventually overtakes it to meet its requirements.