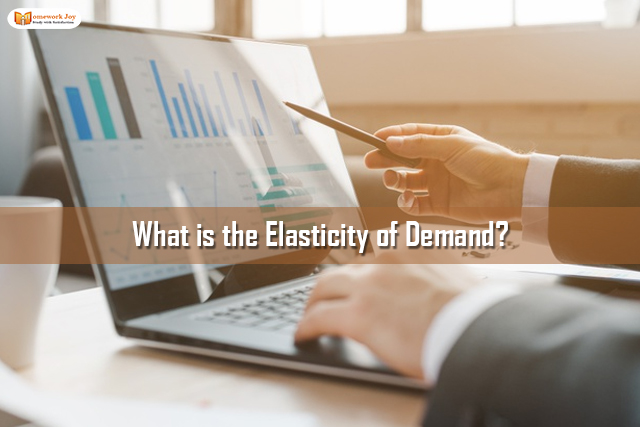 The concept of elasticity of demand plays a crucial role in the pricing decisions of the business firms. It is also essential in judging the effect of the devaluation of a country’s currency. Whenever the finance minister considers tax imposing on various commodities, he has to check the elasticity of demand. To fix the prices of different goods to be exported, it is essential to know the prices.

Change in the prices of a product brings a difference in the quantity demand. Therefore, business firms have to keep checking the elasticity of demand while making decisions about the pricing of goods and services. It is also crucial in the field of international trade. If the market for a country’s export is elastic, then the fall in the prices of goods will bring a high demand in quantity.

The Elasticity of Demand Definition

The easiest way to determine the elasticity of demand is to look at the curve. The number of goods or services demanded changes much more than the price. Therefore the curve looks lower and flatter than the curve of unit elastic, which is diagonal.

Importance of Elasticity of Demand

Here are some critical points from which you can realize the importance of elastic demand.

Understanding of elasticity of demand is crucial for the formation of government policies, most importantly in taxation policies. If the demand for the commodity is elastic, then a rise in prices caused by the tax will bring about a significant decrease in the quantity demanded. Hence the government revenue will decrease.

The elastic demand influences the prices of production as well as the determination of wages. Its understanding is essential when a trade union demands a higher salary for the workers. The increase in the prices will raise the cost of the commodity. However, the decline in production will also lower the number of employees.

The concept of elastic demand is also having significant importance in the economy. It is a tool of analysis to explain many economic problems and theories of price determination, especially under imperfect conditions and monopoly. Moreover, the relationship between price elasticity, marginal revenue, and average revenue in understanding price equilibrium.

It helps in explaining the paradox of plenty in agriculture. The productive crop harvested by farmers brings poverty instead of prosperity is known as the paradox of plenty. It happens due to the inelastic demand for most agricultural products. It means that when the supply of crops increases due to a good harvest, the prices decline due to demand decrease.

The profits of international trade depend on elastic demand. A country gains more when the export goods with less elastic demand and imports goods for which demand is elastic. To fix the prices of products and services which have to export, the knowledge of elastic demand is crucial.