Home » Learning » What is the League of Nation: World War 1 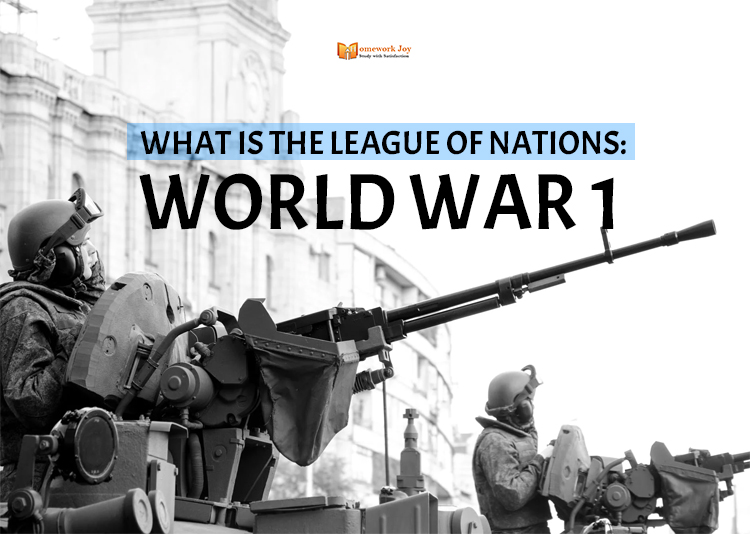 The League of the nation is worldwide known for its world peace mission. Also, it is the first intergovernmental organization. The main motive of this organization is to solve matters to negotiate. Moreover, its other analysis is to provide protection to minorities in Europe, treat native inhabitants, the arms trade, prisoners of war, solve global health issues, and many more peace works.

A hundred years are receding behind the league representation of fundamental shift. In the World War 1, the League of Nations required the armed force the First World War Allies provided to him.

Its main aim is to inspire and encourage the government to clear all international disputes peacefully so no more bloodshed happens in the country. Although, its structure is later reflected as the structure of the League because the president designed it as a council head.

In the neutral United States, Jane Addams directed a peace conference in January 1915. To put effort into peace and demobilization, the representatives adopt a platform that is a creation of international bodies with administrative, legislative powers to grow a permanent league of neutral nations.

In between the month, women also held the conference in The Hague. On 28 April 1915, a neutral nation conference was attended by 1,136 participants, which became the reason for establishing the Women’s International League for Peace and Freedom.

After the conference, two women representatives were ready to go to Europe to meet European heads to talk about neutral nations in more detail; they also secured an agreement from foreign ministers.

It was founded in 1919; also, it was an international organization established after the Paris Peace Conference. Moreover, It was formed to maintain peace in the world during the war.

International law developed in 1910 with the Geneva Conventions; this law helped in dealing with humanitarian relief during the war. It also worked at Hague conventions in 1899 and 1907 to settle international disputes for peace.

When Theodore Roosevelt accepted the Nobel prize in 1910, that time he said it would be a great opportunity if great powers bent on peace it would form a league of peace.

In Great Britain and the United States, when the first world war started, the international organization scheme was introduced to stop wars and gain popularity and public support.

In 1914 Goldsworthy Lowes Dickinson was a British political scientist who created the term League of Nations and introduced new schemes for its organization.

What is the League of Nations

League of Nations is a concept of a peaceful community that resolves the conflict before creating bloodshed or warfare. Firstly it was introduced by Immanuel Kant’s poem Perpetual Peace: A Philosophical Sketch.

This poem gives the idea of peace between the state’s wars to control conflict and spread peace as the League of nations. Immanuel Kant also argued for peace in our community, not for the government, but for people who are suffering from this vast bloodshed.

Kant also wants favors from the government to spread peace to declare freedom in the state, so every citizen has a respectful life and welcomes all the foreign visitors who wish to enjoy the beauty of different states. And there is no problem anywhere in the state; also, it promotes peace worldwide.

Starting with the League of Nations in Great Britain and the United States, when the first world war started, the international organization scheme was introduced to stop wars and to gain popularity and public support.

In 1914 League of Nations firstly came in terms. Firstly, it is named Bryce Group. Goldsworthy Lowes Dickinson and Lord Bryce form. Both played the leading role in founding a group of international pacifists promoting peace around the world.

This group becomes more popular amongst the public and influences the people. In 1915 Dickinson wrote about the League of Nations as “League of Peace” as an organization for arbitration. He thought the situations of the twentieth century would become the reason for war, so he wrote some motivating lines.

In the US and England, the League of Nations spread widely as the Bryce Group; also, because of this, the influence could be seen on the nascent international movement. This helps to spread peace and aware the peoples in a wide range about this group and League.

In 1919, firstly, a conference for peace was established in Paris. The three people, Wilson, Cecil, and Smuts, all gave their draft proposal for this League.

After a conference and debates between representatives, the Hust-Miller draft was finally produced as a basis for the Covenant.

Underneath the leadership of the Lord Council, the Phillimore committee created by the British parliament declared support of it in the conference.

Efforts by the League of Nation

The League created its Mandate commission in 1920 to save minorities. South Africa ignores it, but Africa serves it seriously by France and Belgium.

In place of peace, there are more complications between Arabs and Jews it increases immigration in Palestine. But the Mandate Commission provided all possible help to solve the conflict.

When world war || erupted, all League of Nations members leave this and assert neutrality. But the members of France and Germany did not leave the League of nations.

In 1940, League came to an end because league members of Denmark, Norway, Luxembourg, Belgium, and the Netherlands were all demolished by Hitler.

Switzerland became nervous about working with the organization because it was perceived as an Allied one. And after that, the League started dismantling.

In the United Nations Office at Geneva, the collection of archives of the League of Nations’ records and documents are available. Approximately 15 million pages of records are available with the content of the inception of the league nations in 1919. Although, it extends until its dismantling in 1949.

If you have any help regarding history assignment help then visit our website Homework Joy.