Home » Tips » A Lesson on Cognitive Development Theory of Piaget 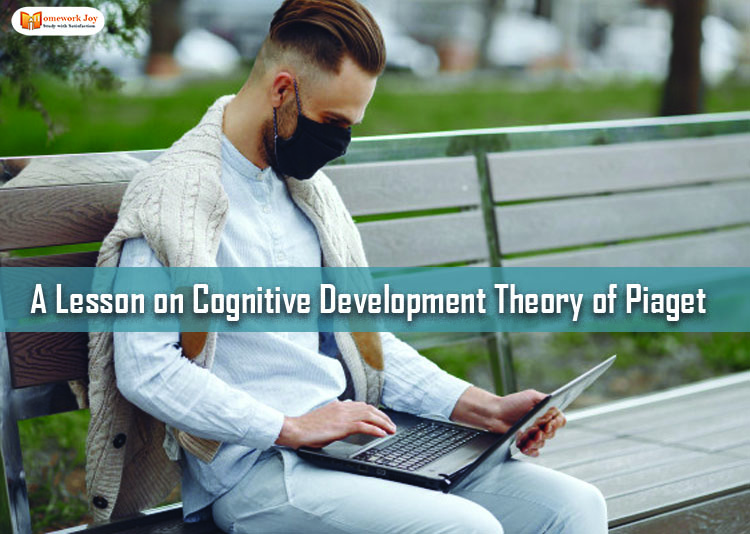 This topic covers the psychological development of a child’s mind.  So if you have to make an assignment on the subject, you can take help from here. Now lets’ get started to understand the theory.

But before moving ahead, check some of our latest posts that can help you with homework:

How to Write a Book Report | Step by Step Guide

5 Levels of Maslow’s Hierarchy of Needs

What is Cognitive Development?

Cognitive development is the development of the thought process from early childhood to adulthood. It includes remembering, problem-solving, and decision-making. Thus it focuses on how a person perceives, thinks, understands the world through the interaction of genetic.

Before the cognitive development theory of Piaget, it was believed that the infant could not think or form cognition until they learn the language. Thus to test this statement, the first theory was given by an American psychologist Lewis Terman named ‘Intelligent Quotient’ (IQ) in 1916.

According to his theory, “a child’s average intelligence matches his or her age.” However, there are also some exceptions, like the gifted child’s performance matches the older child. Thus based on this theory, IQ tests are instrumental in the United States. But this IQ theory faced criticism for defining intelligence too narrowly and for being biased.

After that came the learning theory, given by researchers John Watson and B.F. Skinner. They argued that children are whole malleable. According to this theory, environmental factors are responsible for shaping a child’s intelligence. But the approach had some loopholes. Thus Jean Piaget stated the theory of cognitive development. So let’s understand his theory in brief.

The cognitive development theory of Piaget was inspired by observing his nephew and daughter. These observations helped him in constructing the hypothesis that “children’s minds are not merely smaller versions of adult minds.” Thus he explained that the way children think is different from the way adults think.

Further, he stated intelligence is something that grows through a series of stages. Also, older children don’t think faster than younger children. However, there are both quantitative and qualitative differences in the thinking of young and old children. Thus he concluded children are not less intelligent. Instead, they think differently. That is why Albert Einstein called his theory, “It is so simple that only a genius could have thought of it.”

The four stages we mentioned above are the pillars of his theory. So let’s know more about these stages.

This stage starts with the birth of a child to 2 years. The following are some major characteristics and developmental changes that a child goes through:

This stage begins from 2 years and lasts to 7 years of age. In this stage, children demonstrate their intelligence through the use of symbols, languages, memory, and imagination. But this thinking is somewhat non-logical or in a non-reversible manner. Also, in some children, egocentric thinking predominates.

children are between the ages of 7 to 11 years during this stage. Children begin to understand the concept of conservation (mass, length, liquid, and so on). Thus from this stage, their thinking becomes more logical and organized. They begin to use their thinking and opinions logically.

After 12 years of age, children start experiencing this final stage of cognitive development theory of Piaget. During this stage, children start developing critical thinking, deductive logic, and reasoning; they process-specific information from general concepts. At this point, they see multiple solutions to a problem.

So these were some essential information about the cognitive development theory of Piaget. His method helps us to understand that there is a qualitative change in how children think through four stages. We are considering that you will be able to understand his theory. Further, if you need more help in understanding the concept, you can take psychology online assignment help from professionals.