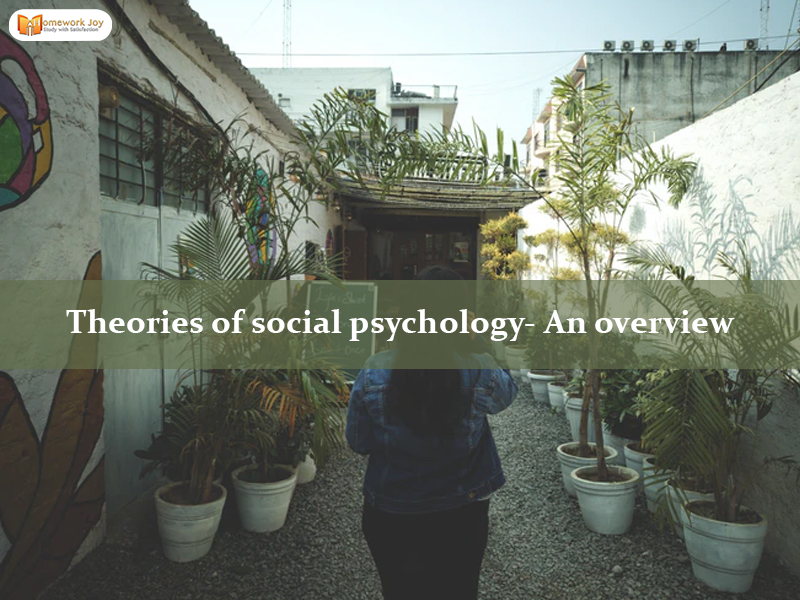 In this era of stress and tension, the theory of social psychology plays a vital role. It deals with various issues emerging in society. Some of them are stress, depression, and other social issues. It is efficient in improving leadership, making decisions, and studying human nature. Must in understanding various social-behavioral characteristics.

What is social psychology?

Suppose: people accused a boy named Thomas of raping a 4-year-old girl, who lives in the same city. He goes on a two-year trial. Meanwhile, he loses his job, family, and friends as people think he is a monster and does not want to be with him. People started talking nasty about him and trashed his image. Then, after two years, the court sentenced him innocent. But will people accept him like before? No, they will not because that story is stuck in their minds, even when they invented most of the stories.

The theory of social psychology deals with such type of cases.

Social psychology as a career

Social psychologists can get a job as they study social tendencies such as the behavior of people in a group. A doctorate in social psychology may help in finding a position in teaching and researching at colleges and schools.

Psychology is an expensive professional, scientific field that has some job options available to it. The duties of social psychologists may vary depending on where they work. Social psychologists can impart their expertise in the workplace. They can help various organizations by training employees. And also, they can assist the company during the employee recruitment process. They can also help a company in improving the quality of the productivity and morale of the workplace.

As a social psychologist, they must be having critical thinking and ethical skills, which aids to access industry journals. They can also use their knowledge of human behavior for advertisements and marketing campaigns. They can get a job as advertisers and marketing managers. Having a degree in social psychology can also help in analyzing customer behavior and meeting with clients.

Social psychology uses a wide range of specific theories for various kinds of social phenomena. Following are samplings some of the influential methods:

When people do something wrong that violates their view of themselves, it leads them to a state of discomfort where the change becomes mandatory: example- smoking.

In this theory, people develop their attitudes by observing their behavior.

It relates to how people describe the causes of their actions to others and other’s behavior. Attributes of people divide as internal or external. The external attributes use to interpret someone’s act for his situation. Internal attribution refers to assigning the cause of action to interior characteristics.

It is the study of human behavior, which is one of many informed approaches. It is the theoretical approach to psychology that explain mental and psychological traits.

In this theory, individuals determine their own social and personal worth based on other’s views towards them. It helps in self-motivation, self-image, and self-improvement.

This theory entails that groups give us a sense of social identity. Social identity is an essential attribute in a person’s mind of which they are, based on their group memberships. Henri Tajfel developed it.

It describes the structure of opinions of people about other objects and individuals. And their perception of the relation between them. The basis of the theory is that individuals and objectives need to maintain a balance as balanced structures are preferred over imbalanced structures.

As we can see, the theory of social psychology depends on the social behaviors of humans. We consider the power that people’s opinions have on us, either directly or indirectly. Hence, Social psychology is an essential sphere of education.