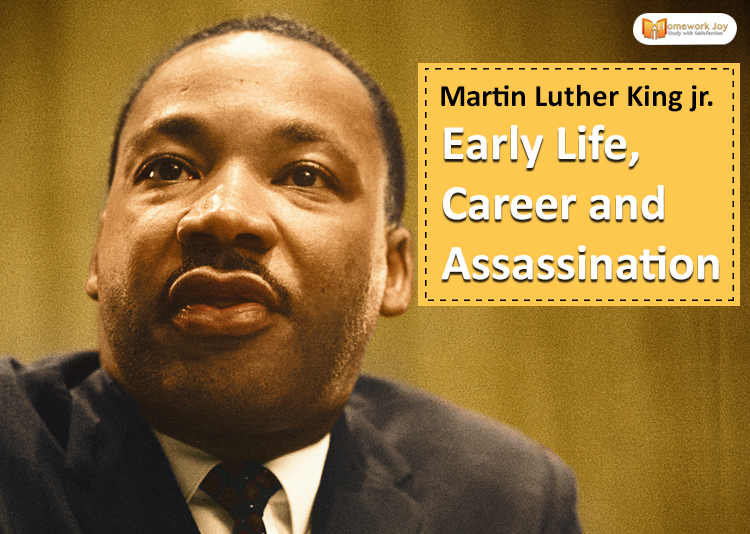 Martin Luther’s rhetorical skills persuaded millions of people to fight for their rights through non-violence and civil disobedience. He won the Nobel peace prize at the age of 35. His contribution to shrinking white supremacy in the USA is incomparable.

Born on 15th January 1929, as Michael King Jr. in Atlanta Georgia. Michael, the second child to Michael King Sr. and Alberta Williams King. From the early beginnings, Martin used to go to church regularly although; his belief in God was different from everybody.

Martin’s father became the priest of the baptist church after the passing of his father-in-law in 1931. To give a tribute to the German protestant leader Martin Luther, his father adopted the name and became Martin Luther King Sr. . In due time, Michael did the same by following his father’s lead.

Martin Luther King jr. did schooling at Washington high school in Atlanta Georgia. And was baptized in May 1936. Meanwhile, Martin did exceedingly well in academics, also his public speaking skills made him stand out. Speaking for the school debate team made him famous.

However, his family was extremely involved in church activities and also made him do the same. But Martin never understood; why to worship God all the time, eventually questioning the rituals and customs of religion.

Martin Luther King jr. received a sociology degree from Morehouse College in 1948. Besides, he gained experience all those years which changed his perspective towards life. Hence decided to fight for the civil rights movement.

After that, he pursued doctoral studies in systematic theology from Boston University. In the middle of his doctorate, Martin fell in love with an aspiring musician named Coretta Scott. Finally married her on June 18, 1953, in the backyard of Coretta’s parent’s house. They were blessed with 4 children.

In 1954, while still working on his thesis, Martin Luther became the father of the Dexter Avenue Baptist Church of Montgomery, Alabama. Still, he completed his PhD. and became Dr. Martin Luther King jr. in 1955.

Starting of the political career

There were local laws in the southern part of the United States, which allows whites to have supremacy over black in every aspect of life. Racial segregation divided the people of southern states. But in March 1955, fifteen-year-old black schoolgirl Claudette Colvin said no to a white man; ordering her to leave the seat.

She was arrested for violating the laws and sent to jail. Similarly, on December 1, 1955, Rosa Parks, a 42-year-old lady, sat in a public bus after a tiring day at work. As white passengers entered the bus, eventually the same thing happened 9 months earlier.

Rosa Parks got arrested for overstepping the Montgomery City Code. Later, she had a court hearing in which the court found her guilty. 11 dollars of a penalty with an estimated 4 dollar court fees. was charged on her.

This incident ignited the spirit of Martin Luther to protest against white supremacy. ED Nixon, a union organizer and many local civil rights leaders, worked out a plan to “Montgomery Bus Boycott”. They visited Martin with this plan and he was voted in as the forefront of this boycott.

In Martin’s leadership, the boycott happened peacefully because he had trustworthiness among the black community. Besides that, people voted for Martin because of; how openly he speaks for the community. The reason that nobody wanted to lead the boycott and Martin’s uniqueness, got him the role.

Martin’s first speech brought a ray of sunshine in people. He motivated them to fight for their rights. His eloquence put the civil rights movement to another spectrum in the state of Alabama.

The boycott went on for 385 days, consequently, people used to walk to reach offices, markets, and public places.

But after facing many failures in courts and bearing huge loss, Montgomery banned racial segregation. To reach this point, Martin had to go through a tough time. Once, a goon stabbed him in the chest and went to jail several times. Goons dropped bombs on the house of Martin and Nixon.

As a result, this drew a lot of media attention. Which made Martin peoples champion. “Montgomery bus boycott” changed him into a national figure.

Civil rights activists in 1957 established the Southern Christian Leadership Conference. Purpose of the group? To demolish the white supremacy in churches of America, bring back the power of black churches.

So that they can protest peacefully, with nonviolence for the civil rights reformation. Martin Luther guided the group until his death.

King led a protest in the isolated city of Birmingham, in 1963. The nonviolent movement met with the cruelty of police. People got beaten up, with sluggers and dogs, thousands of supporters got injured. Martin got arrested and sent to jail.

Thereupon he wrote “Letter from Birmingham City Jail”. Later it became a manifesto of civil rights and civil disobedience.

Martin won the Nobel peace prize on October 14, 1964. In fact, at the age of 35, he became the youngest person ever to win the Nobel prize. The Time magazine named him the “Person of the year”. King contributed the winning prize to the civil rights movement.

On 4th April 1968, in Memphis, Tennessee, James Earl Ray assassinated the king. At 6:04 pm, Martin was on the balcony of Lorraine Motel in Memphis. King team members were also staying at the hotel. He was standing on the balcony and a sniper shot came right to his neck. While hurrying him to the hospital, in the middle he lost his life. King died at age 39.

It left the whole country in shock and disturbance. Martin left a huge impact on the world, fighting over decades for the civil rights movement. He obediently followed the principles of Mahatma Gandhi and promoted his thoughts wherever he went.

Still, one of the most famous African-American leaders ever existed.