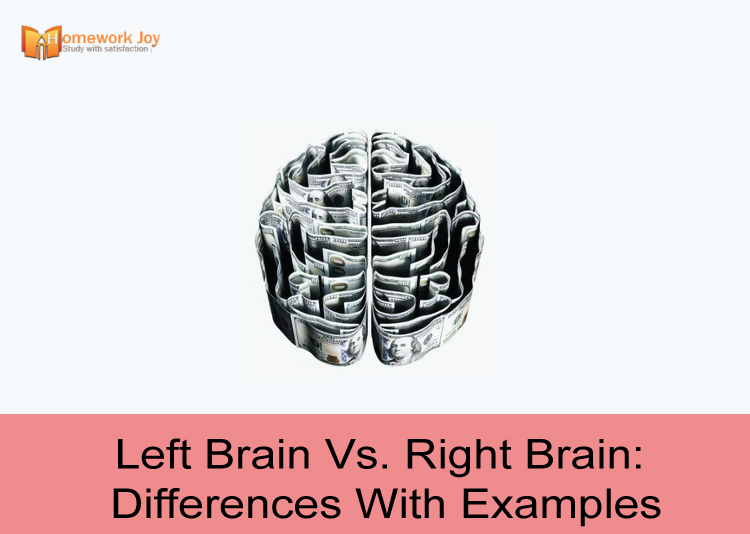 You might have heard that a person is left-brained or right-brained. Do you know what does this means? Well, it determines the way that person thinks or believes. In the books or TV shows, you might have seen some people are left-brain thinkers or right brain thinkers. Besides this, you might see numerous blogs and articles on various social sites telling you about which side of the brain is more dominant. So today, we’ll tell you what all these posts are stressing into and how you can unleash your hidden creativity by knowing the left brain vs. right brain.

According to a popular belief, people tend to have a thinking style, personality, or way of doing things. It is due to either left brain or right brain. While there is some scientific explanation of it, there are many left brain vs. right brain myths. Thus in this article, we’ll try to cover all these things. So read on to learn more.

If you have an assignment around the corner, then you can take help from this article. Also, you can get instant psychology assignment help from our qualified experts by visiting our website.

Before moving ahead, check out some of our latest posts:

What is Human Brain and How it Works

Each animal on planet Earth—mammals, reptiles, fish, birds, etc. has a brain. Although the human brain is not the largest one, it is unique with some qualities. It is truly an amazing organ as it gives us the power to imagine, speak, and solve problems. Since it processes information that it receives from the sense and body and sends back the message to the body, our brain works like a computer.

Moreover, the human brain can do much more than machines like computers. Humans can think and experience emotions due to the brain, which is the root of human intelligence. Thus every part of the human brain has its own importance. That is why it is essential to know the differences between the left and right brain, especially those who need psychology assignment help.

The human brain is an intricate organ and weighs around 3 pounds. With 100 billion neurons and 100 trillion connections, your brain provides the central command of all you think, feel, and do. It divides into two halves: left brain vs. right brain. Each of these hemispheres controls specific functions. Besides this, there are several other sections of the brain, each with particular functions:

These billions of nerve cells are arranged in patterns that coordinate your thoughts, emotions, behavior, movement, and sensation. It is only due to this brain communication can occur in split seconds. Now let’s know more about our brain by making differences: left brain vs. right brain.

The two sides of your brain look alike, but there are many differences between them and how they process information. Despite their differences, these two hemispheres of your brain cannot work without each other. Thanks to the research of the 1960s, psychobiologist and Nobel Prize winner Roger W. Sperry. It is only due to him that we can understand the differences: left brain vs. right brain and which part controls different thinking types. In psychology, this theory is based on the fact that two brain hemispheres function differently.

What are the Traits of Left and Right Brain?

The following are some differences between the left brain vs. right brain:

There are various myths that we come across in our daily life. Similarly, this concept is prevalent, but some scientists suggest that the whole debate of the left brain vs. right brain is a myth. Do you know why? It is because a team of neuroscientists at the University of Utah tested this theory. After two years of analysis, they found out that there is no proof of whether the theory is correct.

Thus that is all from our side on this topic where the left brain vs. right brain. If you have any queries or need more psychology assignment help, then contact us instantly.