Home » Learning » Layers of the Earth: What Lies Under Earth’s Surface

During the period of earth’s formation, it allowed the heaviest elements to sink to the center. However, the lighter ones settled on the surface. Resulting chemical composition defines the earth’s internal layering. So first, we will discuss layers of the earth based on the chemical composition.

Layers of the Earth Based on Chemical Composition

There are three main layers of the earth which includes crust, mantle, outer core, and inner core. 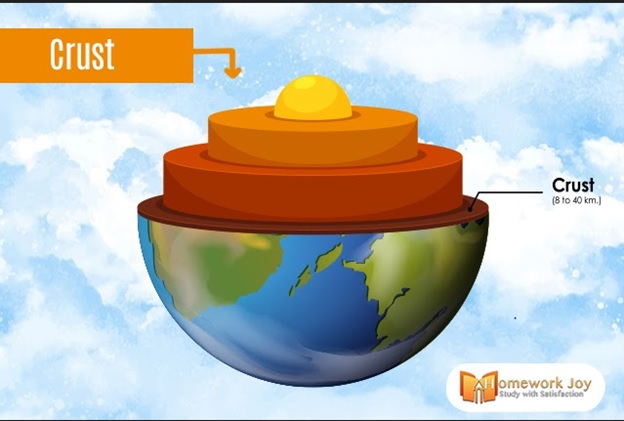 The crust is something that we can study or see directly. It is the thinnest layer of the earth. On average, it is 40 kilometers or 25 miles in thickness, ranging from 5-70 km or 3-44 miles in depth. Besides this, the crust divided into fifteen major tectonic plates. These plates are rigid in the center and have geological activity at the boundaries like earthquakes and volcanism.

The most abundant elements on the crust are oxygen, silicon, aluminum, calcium, and iron. These elements combine to form minerals. Furthermore, there are three main types of rock on the crust, such as igneous, sedimentary, and metamorphic. Oceanic crust is 7 km in thickness. The Continental crust is 10-75 km. 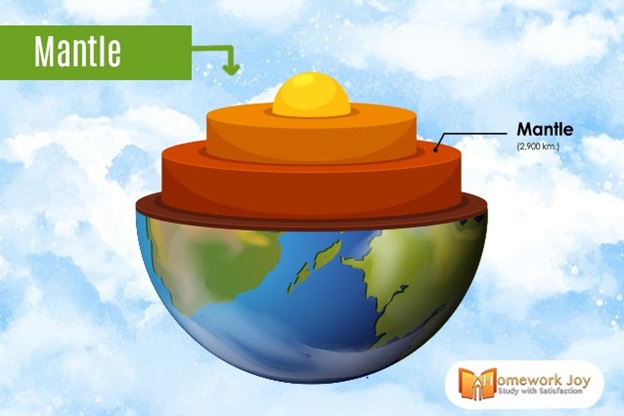 The mantle extends to 2,890 km. It is the thickest layer of the earth, made up 84% of the earth’s volume. We can know everything about the mantle indirectly. Since no human can go beyond the earth’s crust. Thus, we know the mantle through seismologic studies.

Mantle material is hot, with 500 to 900 degrees Celsius. It is dense and moves as a semi-solid rock. The silicate minerals that are similar to the ones found in the crust composes the mantle. Based on seismic properties, it divides into several layers.

The upper mantle starts from where the crust ends, for about 670km. Although the area regards as vicious, is composed of rock. To be more precise, this rock is peridotite. After that comes the lower mantle, which extends from 670 to 2900km below the surface.

The outer core layer of the earth is like a ball of very hot metals. The temperature here varies from 4000 to 9000 degrees Celsius or 7,200 to 9,000 degrees Fahrenheit. Most of the nickel and iron composes the outer core. However, these metals found in liquid form. It is the movement of the liquid that generates the earth’s magnetic field.

Scientists estimate that it is 1,430 miles or 2,300km thick. It is a low viscosity fluid. Thus we generally don’t use the liquid term for it. It is easily malleable and deformed. Furthermore, the outer core suffers very violent convection currents. 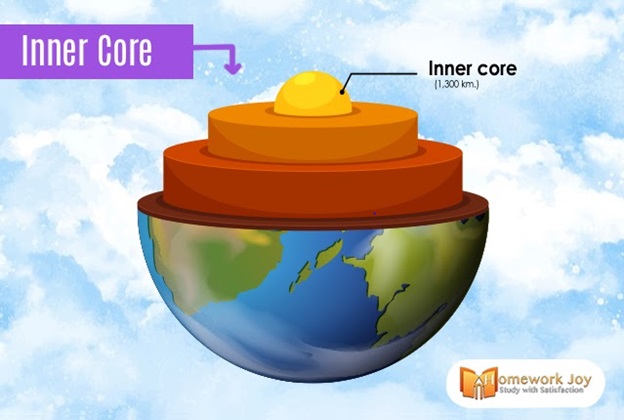 The inner core is the hottest part of the planet earth. The temperature here is extremely hot, which varies from 9,000 to 13,000 degrees Fahrenheit or 5,000 to 7,000 degrees Celsius. The pressure ranges from 330 to 360 gigapascals. The solid layer is smaller than the moon at 750 miles thick.

The inner core is mostly composed of iron. The iron is under so much pressure from the above planet that it cannot melt. Thus it stays in a solid-state. The scientists believed that the inner core formed around a half billion years ago. As the core cools down, most of the outer core solidifies to become part of the inner core since the cooling rate is very slow. Thus, the growth of the inner core is also slow.

Layers Based on Physical Properties

The earth separated into layers based on mechanical properties.

The lithosphere is the outermost layer of the earth. It is 100km thick and includes the brittle upper portion of the mantle and the crust. There are fifteen major tectonic plates. At the boundary of these plates, major tectonic occurs, such as earthquakes and volcanoes. It contains oceanic and continental crust. 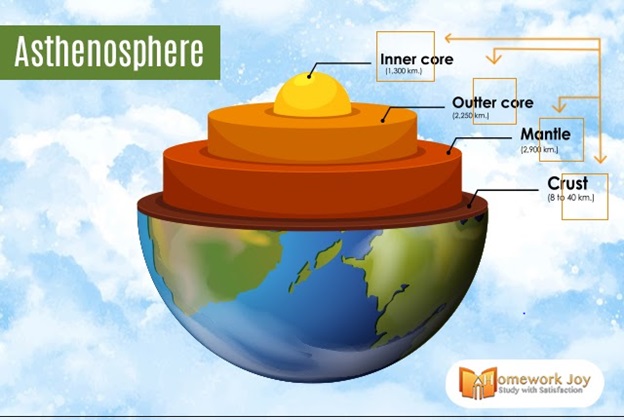 This layer includes the upper part of the mantle, which is mechanically weak and highly viscous. It is the malleable region of the upper mantle of the earth. It is below the lithosphere, at depths between 80 and 200 km.  The lithosphere-asthenosphere boundary is generally known as LAB. The thickness here mainly depends on temperature. 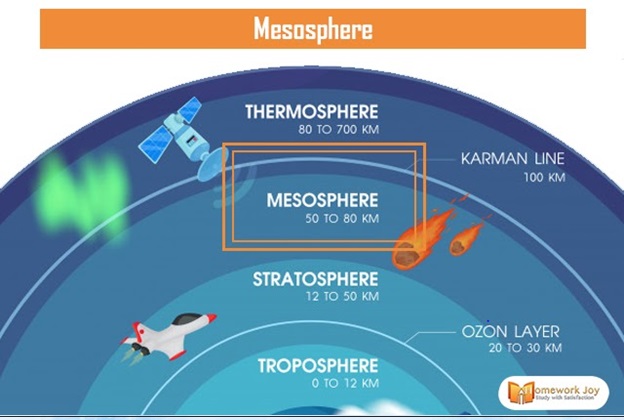 Hopefully, the above information will help you to understand different layers of the earth based on various categories.