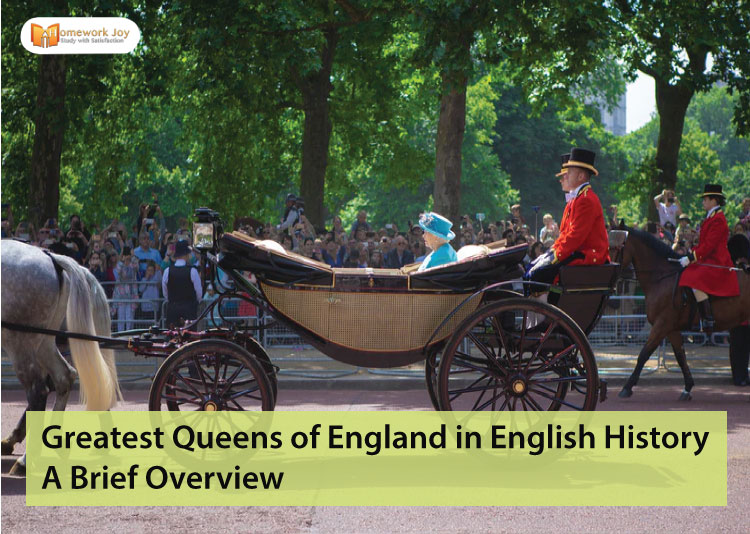 Queens of England signified power in many ways. The Queens were great for a reason. Each Queen has contributed to English history, whether in medieval times or the modern era. Instead of choosing their gender duties and being a shadow of their husbands, these Queens led their way. While there are many, let’s know some of them.

Timeline of Events in the American Civil War: Brief Summary

Saint Bertha or Saint Aldeberge was the Queen of Kent whose influence led to Christianity’s introduction to Anglo-Saxon England. She came to be categorized as a saint for her role in the establishment and considered one of the greatest queens of England in history. Bertha was the daughter of Charibert I who was the King of Paris. When she married the Æthelberht of Kent, she brought her chaplain, Liudhard, with her to England. She restored a Christian church in Canterbury, dedicating it to Saint Martin. The present St Martin’s situated at Canterbury occupies the same site. Moreover, Anglo-Saxon England records indicate that Saint Bertha had two children.

Eadgifu was the third wife of Edward, son of Alfred the Great. While she didn’t have much prominence during her husband’s time, she came to exert her influence during the reigns of her sons and grandsons. She was the first important Queen of England in the tenth century due to her landed interests and role in the time’s family politics.

Matilda and Henry’s marriage took place at Westminster Abbey. Earlier her name was Edith. Later she was crowned “Matilda,” a fashionable Norman name. She gave birth to a daughter, also named, Matilda followed by a son, William, in November 1103. Two other children died in infancy.

She maintained her court primarily at Westminster as a Queen. In particular, being well educated at the convents, Matilda increased the quality of literature and culture at court. Her court was full of musicians and poets. Like her mother, she was a renowned devotee to religion and serving the poor. The twelfth-century historian described her as washing the feet and kissing the sick’s hands. Moreover, she was known as a patron of the arts, especially music, which makes her one of the greatest queens of England.

Elizabeth’s reign was sometimes referred to as England’s Golden Age, an era of peace and prosperity when the arts reached their full prosperity. Queen Elizabeth I is known as one of the greatest queens of England for a reason. While she worked hard at court, Elizabeth took time for leisurely pursuits as well. She loved music, and Thomas Tallis and William Byrd were among her court musicians. Elizabeth’s reign was the birth of works by many greats like William Shakespeare and Christopher Marlowe.

Writers paid tribute to Queen Elizabeth in many literary forms. The poet Edmund Spenser based his character of Gloriana in The Faerie Queene on Elizabeth, and she was sometimes referred to by this name as well.

Also, artists honored the Queen by painting her portrait. The images reveal that Elizabeth was an early fashionista in many ways. She loved jewelry and her garments were often made with gold and silver.

Victoria was the Queen of the United Kingdom of Great Britain and Ireland from 1837 until her death. Her reign is famously regarded as the Victorian era, where she served for 63 years, longer than any of her predecessors. It was a period of industrial, political, scientific, and military change within the United Kingdom marked a great expansion of the British Empire. In 1876, Parliament voted her the additional title of Empress of India to cement Britain’s link to the “jewel in the empire’s crown”.