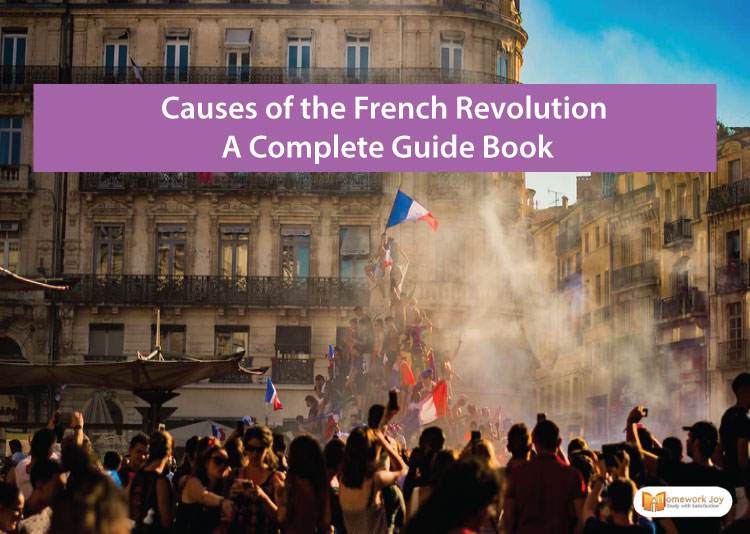 The French Revolution is popularly known as the “Revolution of 1789”. It was a revolutionary movement that shook France between 1787 and 1799. It reached its first climax in 1789 denoting the end of the ancien regime in France. On 14 July 1789, the city of Paris was in a state of alarm. The king commanded troops to move into the city. There were rumors spread that he would soon order the army to open fire upon the citizens.

Around 7,000 men and women gathered in front of the town hall and decided to form a peoples’ militia. The people broke into several government buildings in search of arms. A group of several hundred people marched towards the eastern part of the city and stormed the fortress-prison, the Bastille, where they hoped to find hoarded ammunition.

In the armed fight, people killed the commander of the Bastille, and the prisoners released. The Bastille was hated by all, as it stood for the despotic power of the king. The people destroyed the fortress, and they sold stone fragments in the markets to keep them as souvenirs of its destruction.

Causes of the French Revolution

There are several causes of the French Revolution. Some of them are:

There was inequality in French society before the beginning of the French Revolution. There were divisions in the French society between the privileged and the unprivileged. The clergy and nobility were known as owned about one-fifth of each of the property in France. They also exempted from paying taxes. On the other hand, The burden fell mainly on the peasants because the nobility and the clergymen paid nothing. After paying all the taxes, only about 20% of the total produce left with the French peasants. The middle-class section called the ‘bourgeoisie’ belonged to the unprivileged part of society.

The administrative system of French society was hopelessly unsatisfactory. The legal system of the country was a mess. There was no uniform law for the whole of the country. The rules were unjust and cruel for ordinary offenses. The form of punishment was torture. The king during that time was Louis XIV. The weights and measures had different names and values.

The method of collecting taxes was extremely faulty. The taxes were not managed by the state through its agency. The framing of taxes resulted in a lot of oppression and tyranny. The burden fell in on the peasants as clergy and nobility didn’t pay taxes. It led to resentment amongst the unprivileged class. The whole administrative system of France needs to be reformed thoroughly.

Another cause of the French Revolution is the incapability of the successors of Louis XIV. The Great Monarch left a legacy of financial bankruptcy for his Successors. Louis XVI became king in 1774 at the age of 20. He was lazy, and his hobby was shooting animals. He was a failure as a king when the country was confronted with severe difficulties. According to G. P Gooch, “The legacy of Louis XV to his countrymen was an ill-governed, discontented, frustrated France.”

One of the leading causes of the French Revolution was the effect of the preachings of the French philosophers. The three famous intellectuals were Montesquieu, Voltaire, and Rousseau.

The revolutionary ideas of these philosophes helped people to fight for their rights. Surprisingly, none of the philosophes were revolutionaries, and very few advocated or even predicted a revolution. In their writings, exposed the inefficiency of the monarch and its government. The famous writing of Rousseau, ‘The Social Contract’ became a significant work to the Enlightenment political theory.

The economic cause was another factor for the French Revolution to take place. After the death of the grand monarch, the financial condition of the country became deplorable. Louis XV wasted finances on wars despite Louis XIV denying it. The nobility who owned 40% of the total wealth didn’t contribute to the taxes. The whole country was in a state of bankruptcy.

The French Revolution played a prominent role in changing the political and social structure of France. It brought new ideas, including liberty and the abolishment of slavery. These new ideas continued to influence Europe and helped to shape Europe’s modern-day governments.