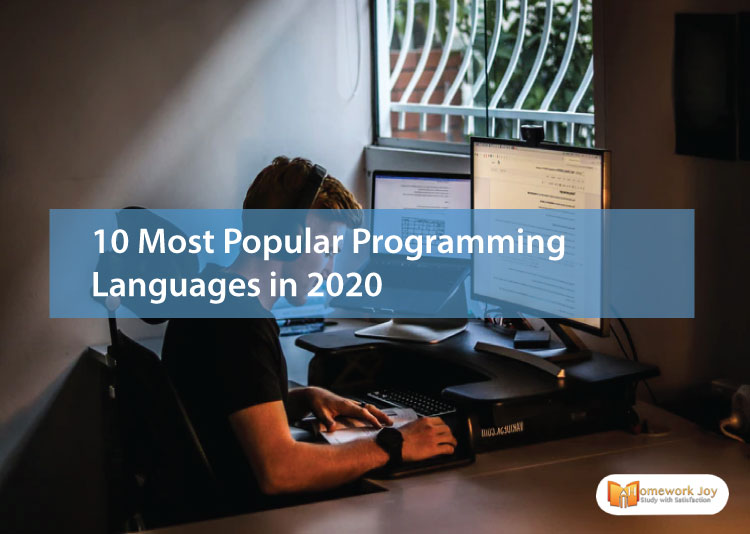 Those days are gone when we have to use a pen and paper to study. Now everything is online as we can see a new tradition of online learning due to coronavirus pandemic. Also, in the future, we can say everything will depend on computers. Thus learning computers’ language is the need of the hour. But every beginner is puzzled to know the most popular programming language that he should learn. So let’s see which computer languages are famous in 2020.

The pop-up button you use on various websites, this language designs these pop-ups. Java script is best for these kinds of frontend applications. Since it enables developers to use a single programming language for both server-side and client-side scripts, many organizations and startups are using NodeJS. NodeJS is a Java-based run-time environment. So if you want to design a website, consider Java script.

If you wish to be a system-level programmer, then you must know C or C++ programming language. C++ is speedy; thus, competitive programmers widely use it. Since it provides Standard Template Library, which is a pool of ready to use templates, it is one of the most popular programming languages. Comparing C to C++, C offers a high degree of portability and makes testing and debugging programs easier.

Go programming language is one of the most popular programming languages built by Google. The language is widely famous in Silicon Valley, where there are many startup organizations. There is a cleaner syntax, which makes it easier to learn. Besides this, it also provides excellent support for multithreading. If you want to build a single-page application, Golang is ideal for creating that.

Since the IOS devices are gaining popularity, so swift is becoming one of the most popular programming languages. It has automatic memory management to prevent memory lacks. As Apple backs it, the language is used to develop an IOS application. Due to this fact, the IOS is giving fierce competition to Android in the market.

PHP is popular among backend programming languages. It has an abundance of powerful frameworks that makes it easy to develop web pages. The market needs a large number of PHP developers for deployment and testing. Although PHP has its own popularity, the language lacks in terms of security and error handling.

Microsoft develops this programming language for building windows, backend programming, and building games. Unlike C and C++, C# is much safer. Besides this, the coding here offers less flexibility than C++. However, it follows the syntax similar to the C programming language. Also, it can work with shared codebases and supports type safety.

MATLAB or Matrix Laboratory explicitly designed for students, scientists, and engineers. The best part about MATLAB is that anyone can learn it without doing an in-depth study. Since it has natural computational mathematics, the solutions here are easy. This programming language is best suited for creating applications and models, analyzing data, and algorithm development.